For the past four months I’ve been teaching a course on policy and politics to masters students. It’s a course I love teaching as it always links to contemporary events and it’s easy to point students to media stories and policy announcements. Things are always happening in the policy space (and we wonder why teachers get change fatigue). Over the time that I’ve run this latest iteration of the course, the policy that has been in the media the most, I believe, would be Gonski. Gonski in terms of the new 80-20 funding model and Gonski, the education review called ‘Growth through Achievement‘.

My analysis is that ‘Gonski’ has become a brand. And the Liberal party have been working hard to transfer ownership of the Gonski brand, to themselves. END_OF_DOCUMENT_TOKEN_TO_BE_REPLACED

This post is the second in my ongoing exploration of the second Gonski Report. The first post is Through Growth to Achievement #Gonski Review 2.0

The ever insightful Dean Ashenden presents his analysis in Inside Story: An end to the industrial model of schooling? Ashenden writes that while the latest Gonski report points a way to the future of school reform, it has not broken with its disastrous past.

The panel was constrained by four realities. It was asked to “focus on practical measures that work,” an approach that, it turns out, it didn’t really agree with. Second, what no doubt looks to the minister to be a perfectly reasonable effort to ensure value for money may look to others like a velvet glove around Canberra’s financial fist. A third difficulty is that the report had to come up with an approach that could and would be implemented faithfully by each of Australia’s twenty-plus very different school jurisdictions. And, finally, the review was required to focus on school and classroom practice when most of the problems, including problems in practice, have their origins elsewhere.

In sum, the panel was asked to resolve two deep and ancient schisms in Australian schooling — the conflict between “conservative” and “progressive” educational approaches, and the conflict between the federal government and the states — while pinning down the notoriously elusive relationship between school funding, educational practice and academic outcomes — and to do it all with one hand tied behind its back, in eight or nine months.

END_OF_DOCUMENT_TOKEN_TO_BE_REPLACED 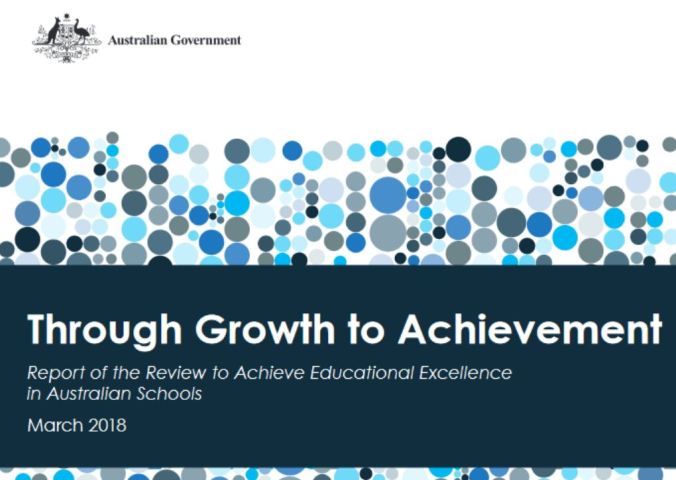